UPDATE December 2016 – Giant Riki is available for sale at https://www.etsy.com/uk/listing/482850266/riki-plushie-xenoblade-chronicles

Two Riki plushies are on the go now and one is complete. While waiting for the feathers to turn up for the comb of big Riki I realised I had enough time and material to complete a smaller Riki too. Again this one was made using the official Riki plush template from Xenoblade: The Secret Files – Monado Archives that I translated from Japanese (well, Google translated it. I skilfully pointed my camera at things).

Both Rikis have a body made from cuddle-soft plush fabric and clothes made from a mixture of normal and self-adhesive felt. Orange detail was added in marker pen and the hair/comb made from marabou feathers (use marabou-style instead of something like ostrich feathers are they’re much fluffier. They’re unlikely to be actual marabou feathers though and most likely come from turkeys). Face was done in black adhesive felt but I’d love it to be embroidered (I suck at embroidery).

Here he is, the finished plush: 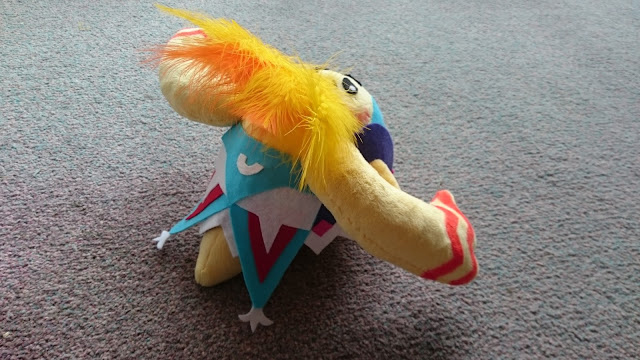 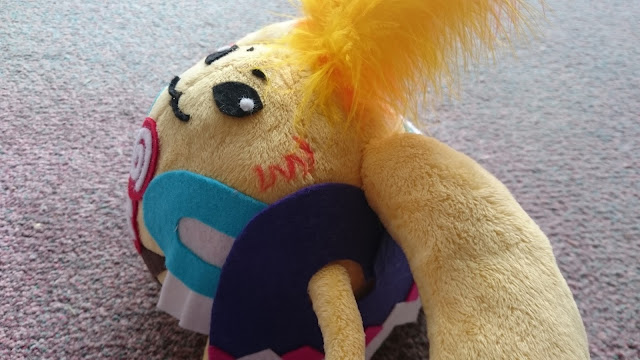 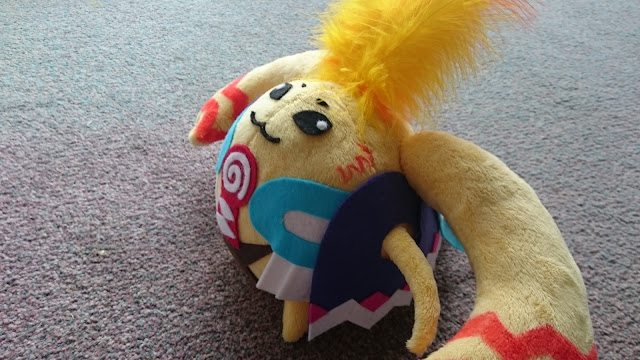 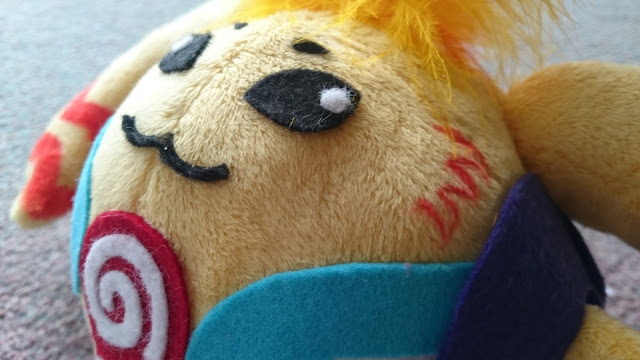 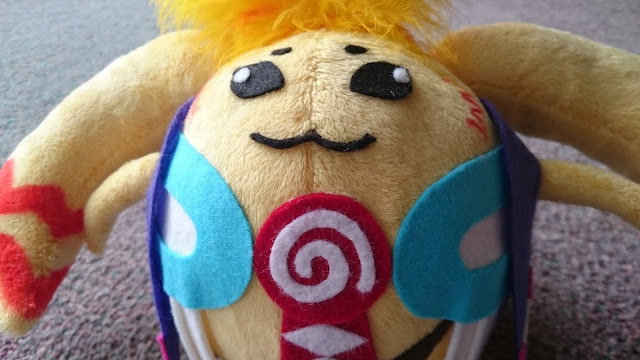 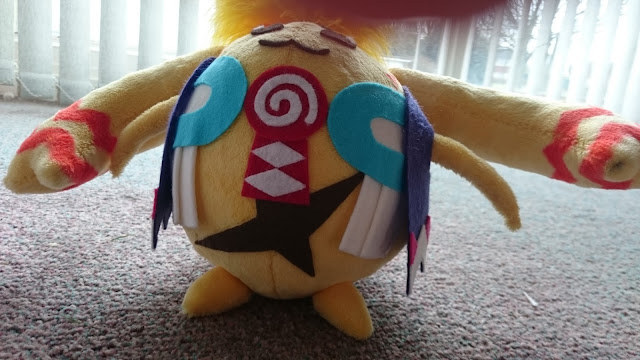 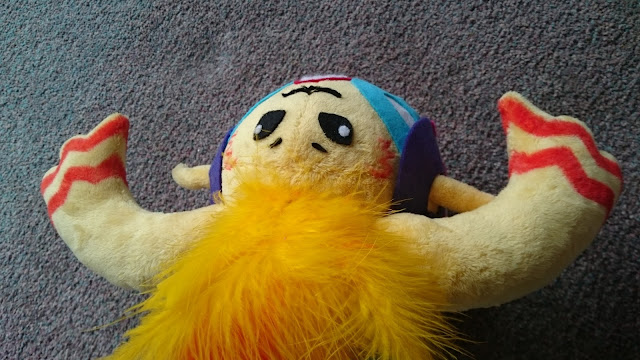 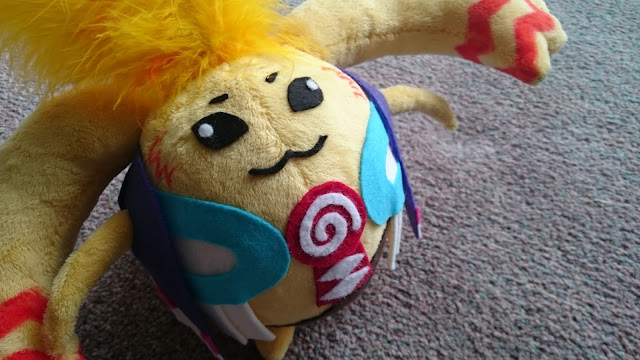