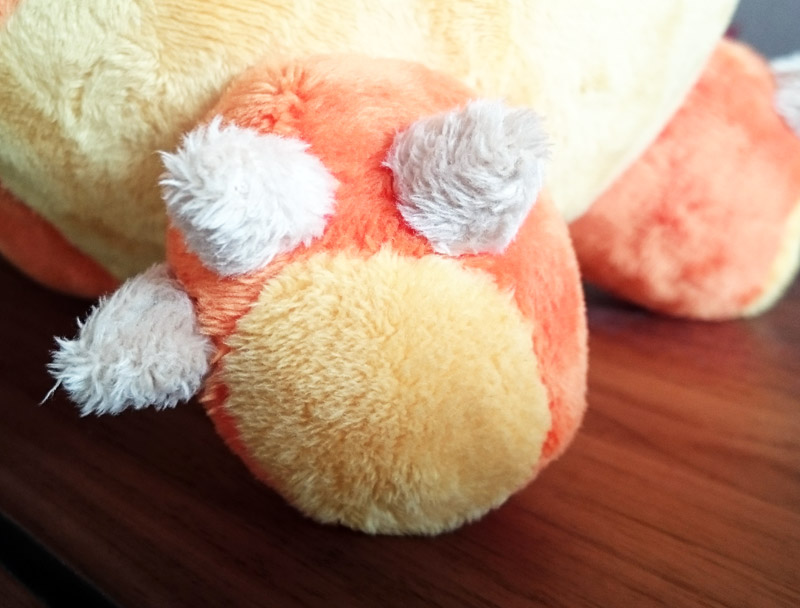 Want to know how to make cute plushie feet with footpads and claws? I went though several iterations of plushie feet before I came to a fool-proof template that’s simple but get’s great results. These feet are big and chunky and best suit a chibi or chunky-style plush – but it’s up to you to decide if these will suit your creation.

Legs and feet can be hard – when I was making my first dragon plush I went though several styles of legs and different ways of making claws – none of which looked quite right on my roly-poly dragon. I soon realised that simpler is better and I came up with the following template for a shunky plushie foot with a different coloured footpad and big claws. All of it should be completed in a soft fabric like minky/cuddle-soft or fleece. This includes the toes/claws. I tried some large 3D claws in felt and they just looked terrible. I’ve seen a couple of plushies with flat felt claws made from a single layer of felt that are sewn in on the seem – they do the job but I really don’t like the affect either (sorry). The method below is definately my favourite.

Please use the following template, scaled to the size of your project, for cure plushie feet. They suit both a sitting down plushie as giant feet and different style arms – or a four legged plush with all four on the ground. There are also some instructions below. 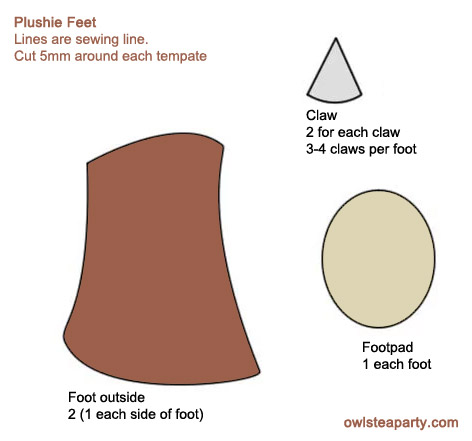