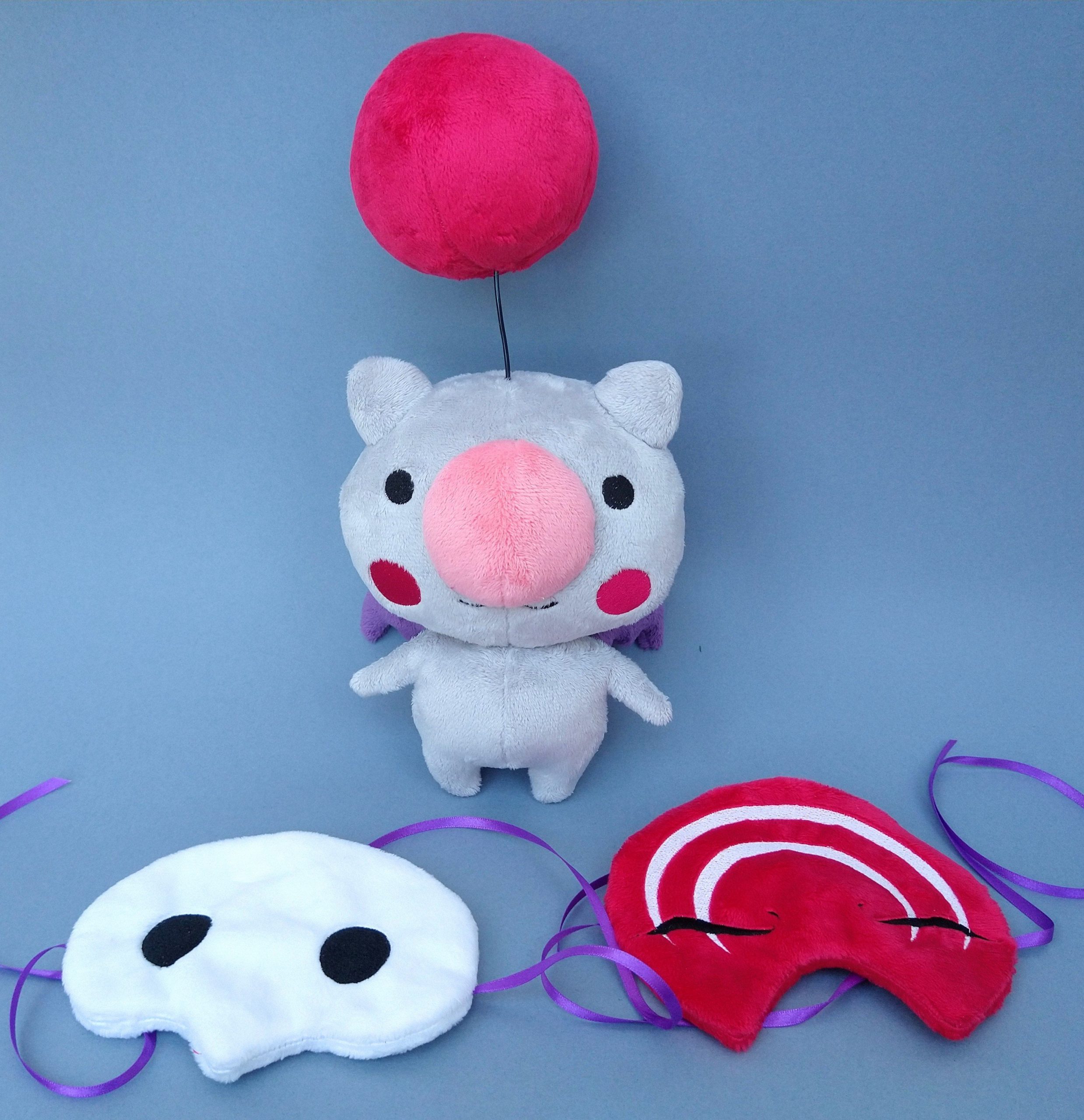 This little one is based on the generic moogle template I’ve used before for Mog of War and Kupirate, which was originally based on the moogles from World of Final Fantasy. The moogle is grey and comes with a removable cloak and two different masks so they can dress up as either a regular resident of Amaurot (or Hythlodaeus) or as Hades/Emet-Selch with the additional Ascian mask.

Originally the cloak wasn’t going to be removable but he’s so damn adorable without it on I’ve made it so that it can be taken off. It was also potentially going to be two different plush moogles but the cloak was such a faff to make I really didn’t want to make another >_<