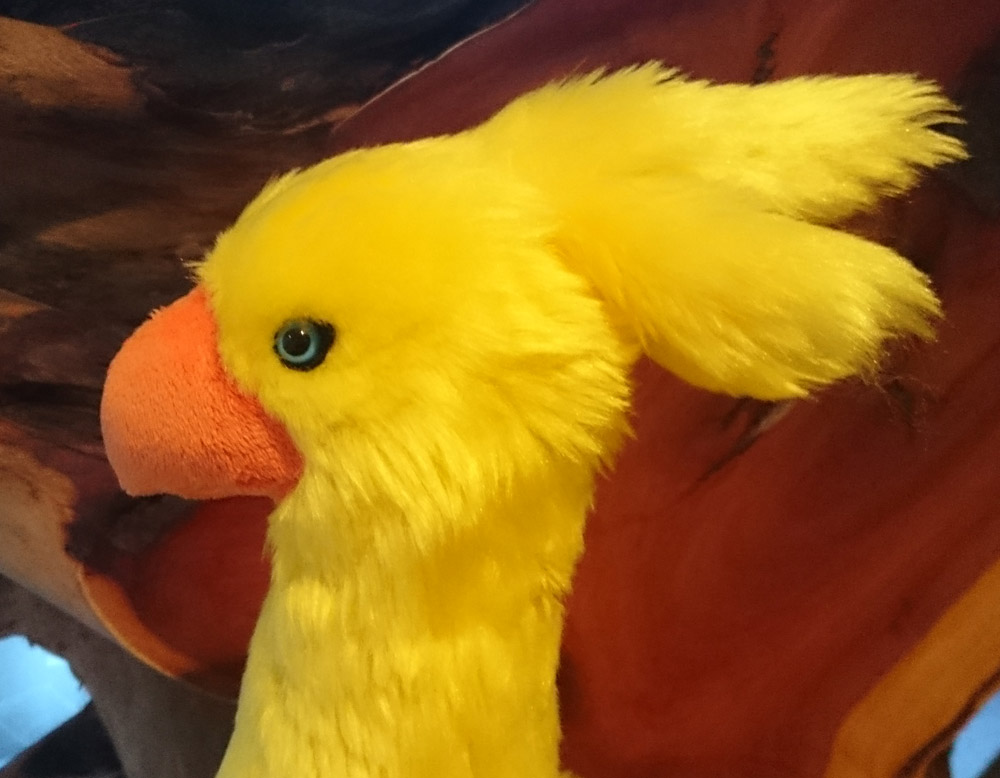 Today I finished my free-standing chocobo plush made from faux fur, minky fabric and loads of wire armature to keep it standing. It’s horrendously cuddly and difficult to keep it in one place because it keeps getting picked up for a cuddle. Standing is difficult because it’s a large amount of chocobo on some very small legs but manages it steadily in the right position. He’s already been named “Boko”.

This plush has been keeping me busy for weeks due to both the complexity and how much slower it is to work with faux fur than it is minky. The legs were the hardest part to achieve – it’s really difficult to keep the stuffing around the wire in the legs. Hopefully this will be less of a problem going forward as I’ve for some thinner aluminium armature for the future – with the added bonus I can now cut it with garden secateurs rather than a hacksaw.

Boko will have a saddle, harness and a full set of armour in the future but for now we’re enjoying him in all his natural chocobo glory. There’s also a little baby chocobo to match. 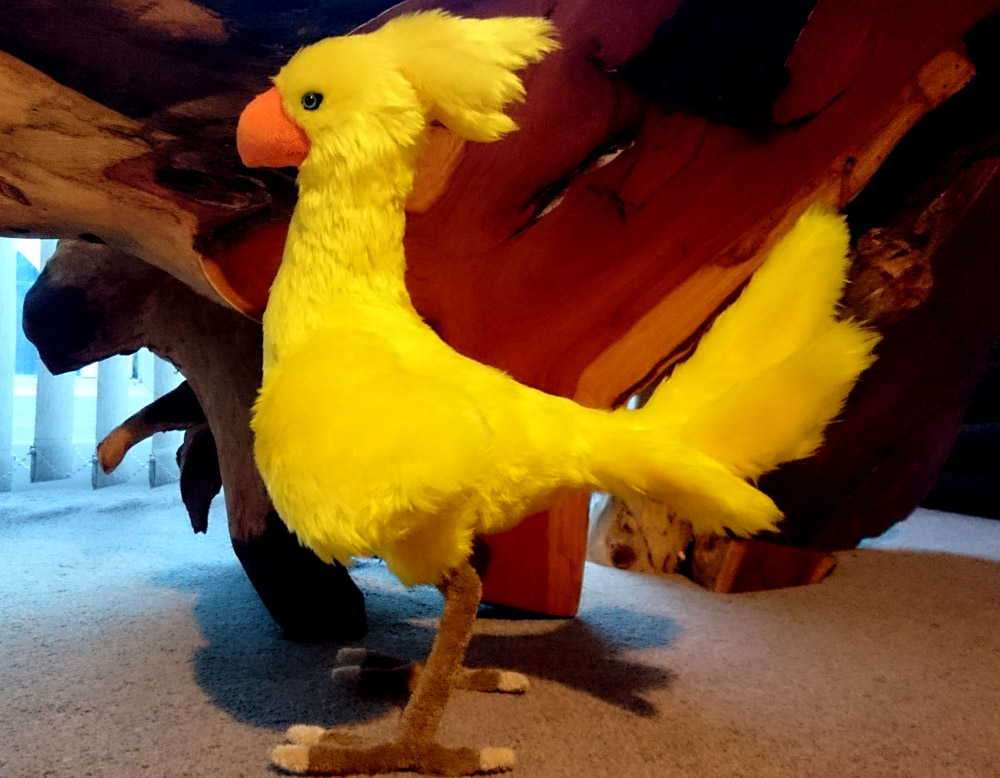 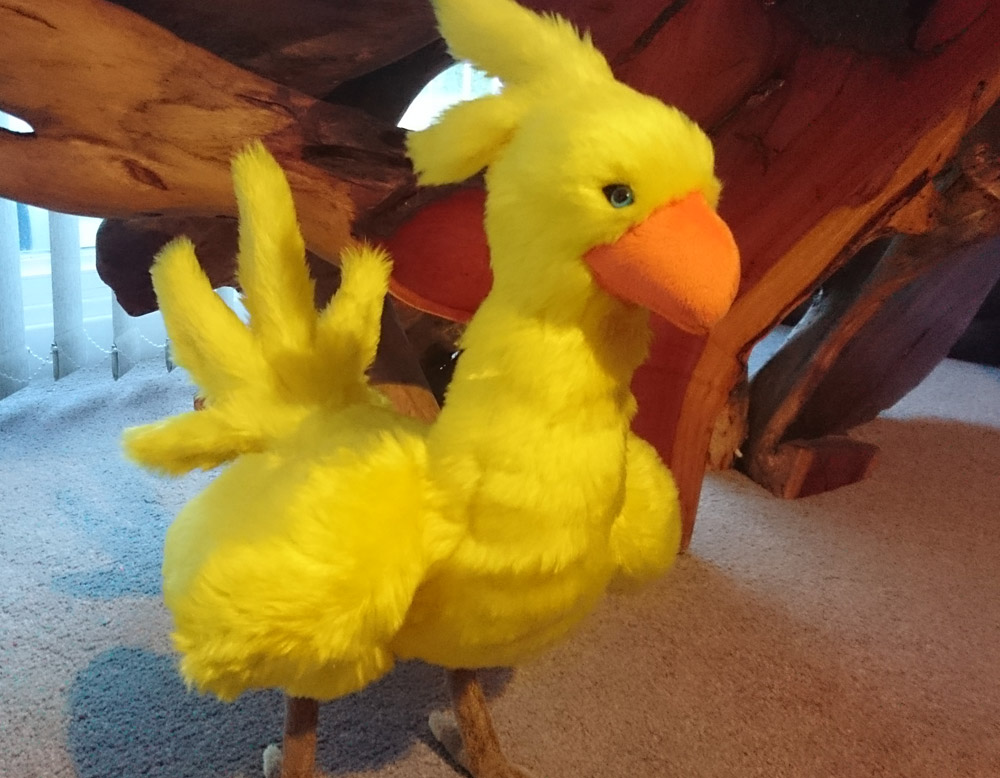 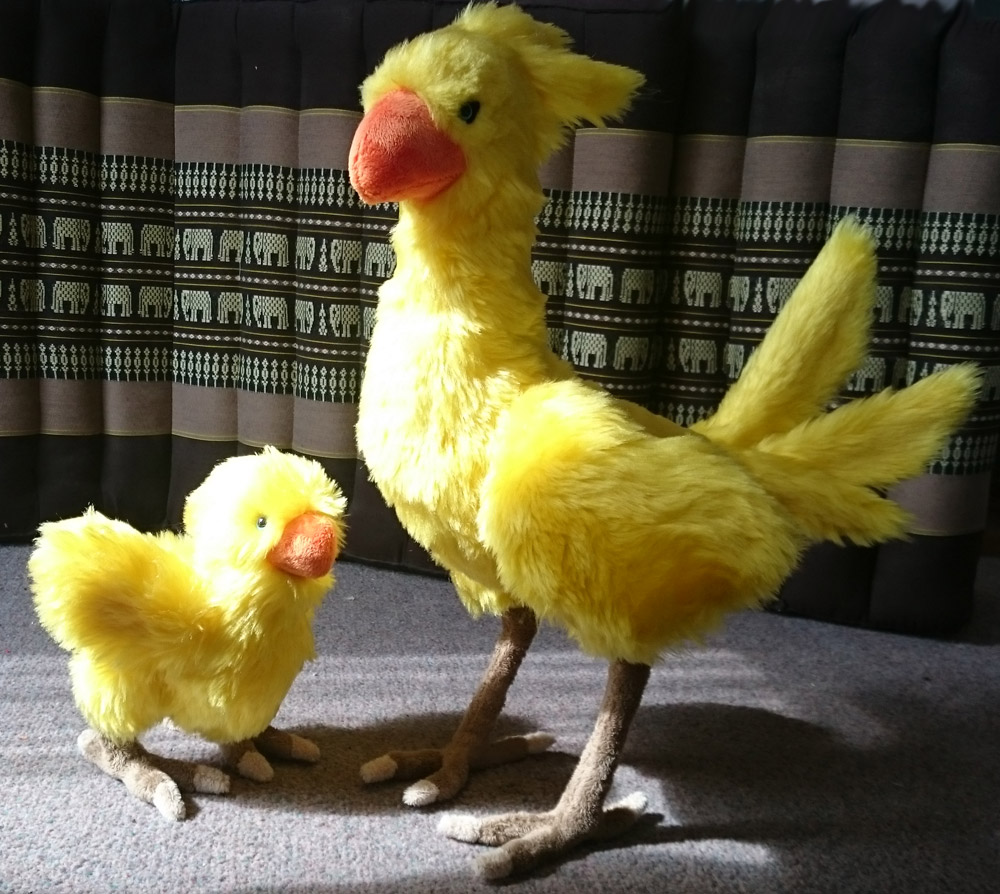