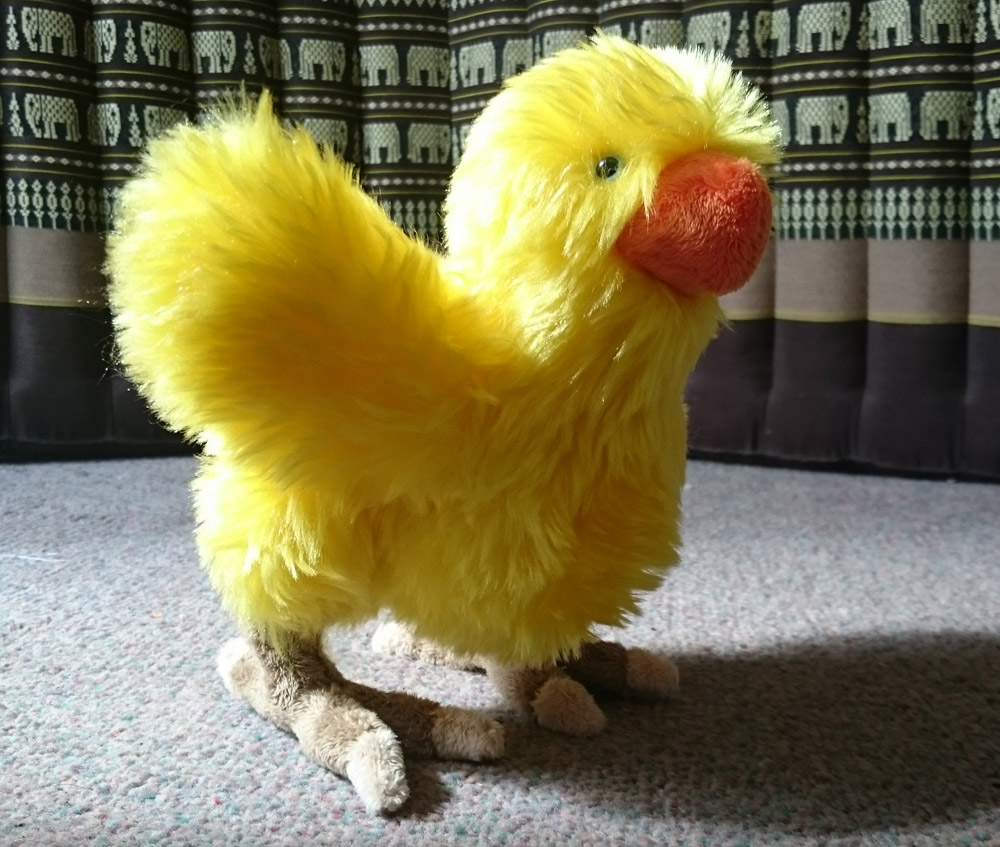 A little chicibo to match big mama chocobo. It matches the larger chocobo in terms of scale and proportions (based mostly on the differences in parrots between adults and chicks. Chicks eyes feet (somewhat) are the same size as they will be when adults.

The chicobo is made of the same faux fur and minky as the adult chocobo. It has armature in the feet to allow it to stand and in the wings so they can be raised or flattened to the body. I’ve used thinner armature than in the big chocobo which was a lot easier to work with. The feet are by far the hardest part to complete and took as long as the whole body and head did – but on the hole it was a quick plush to make.

I’ll be making a blue chicobo and green chicobo of the same size. Then I may make a few to sell. I’m being bugged about making chocobo armour for the big one though so that may come first ^_^

A selection of photos of the chicobo and his mama. 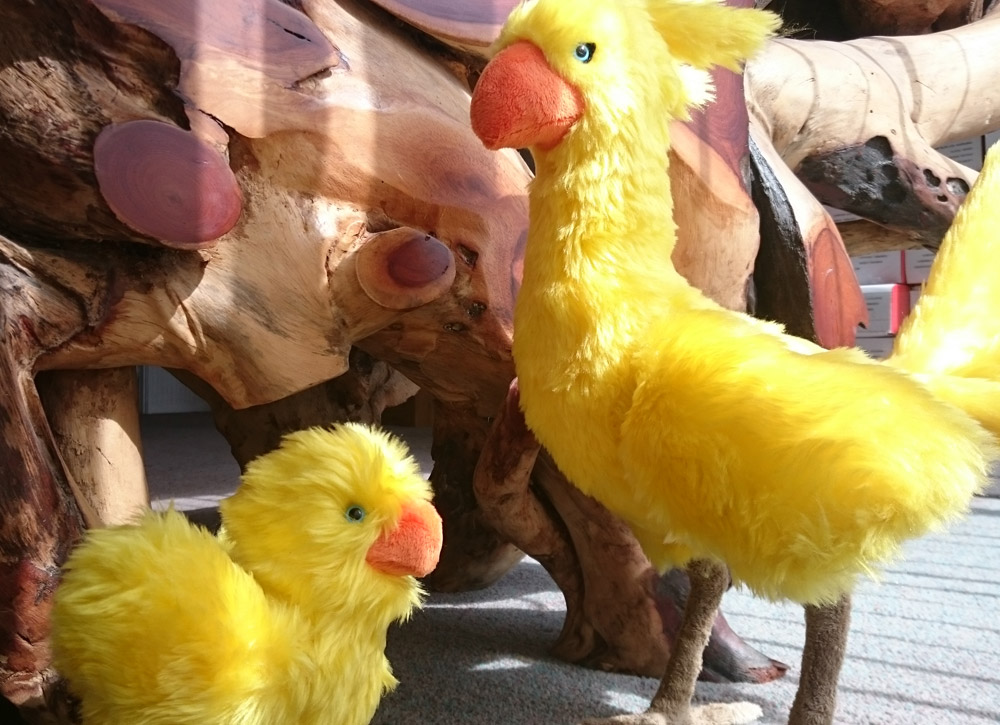 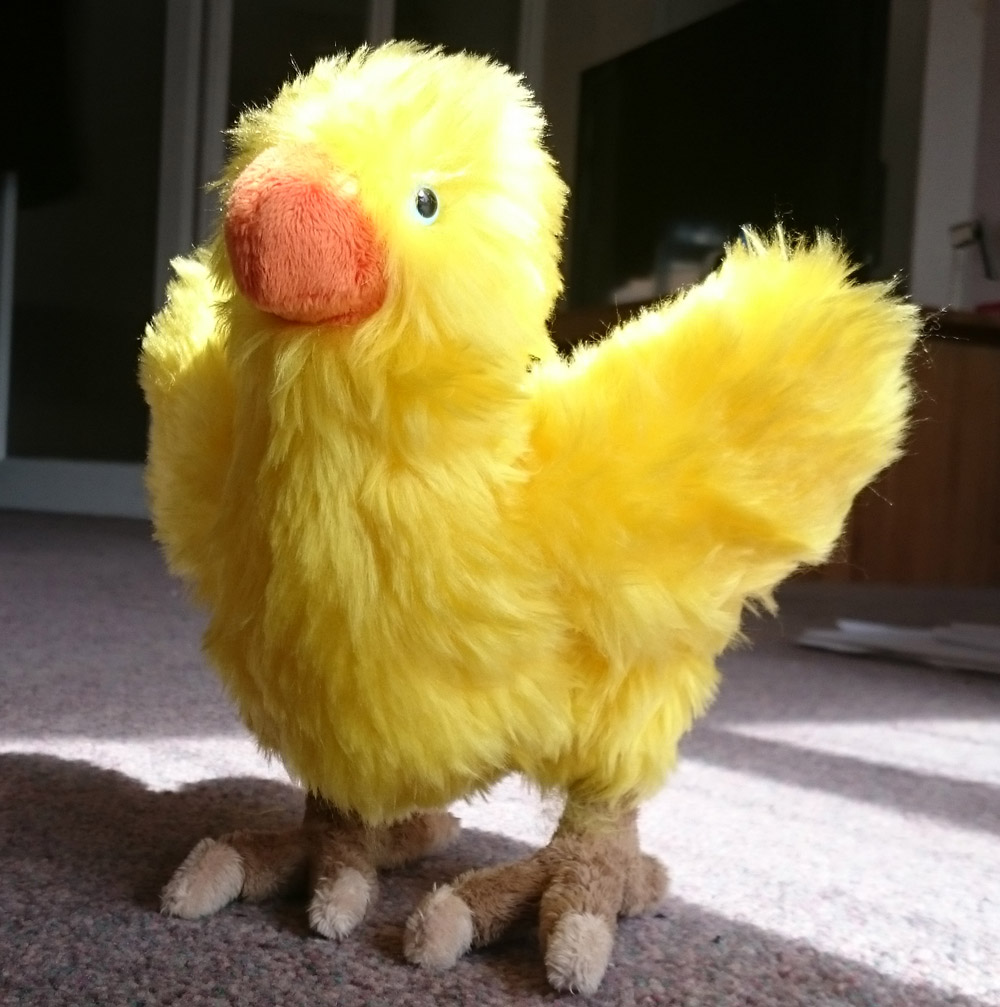 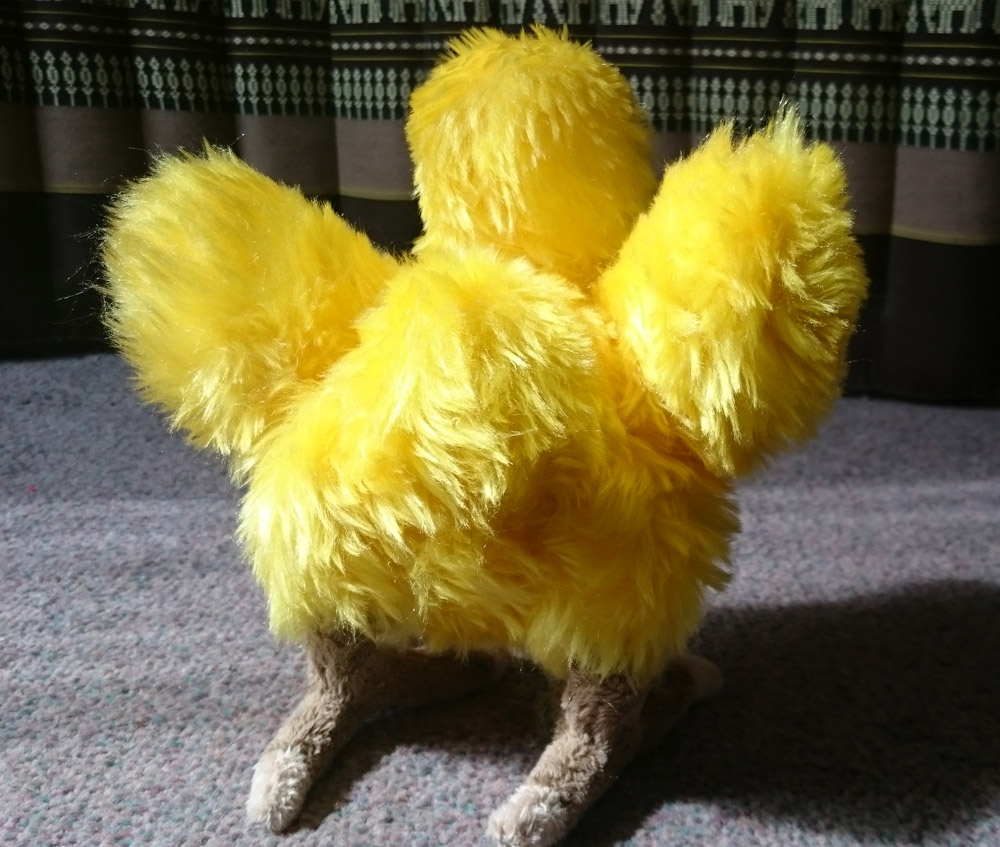 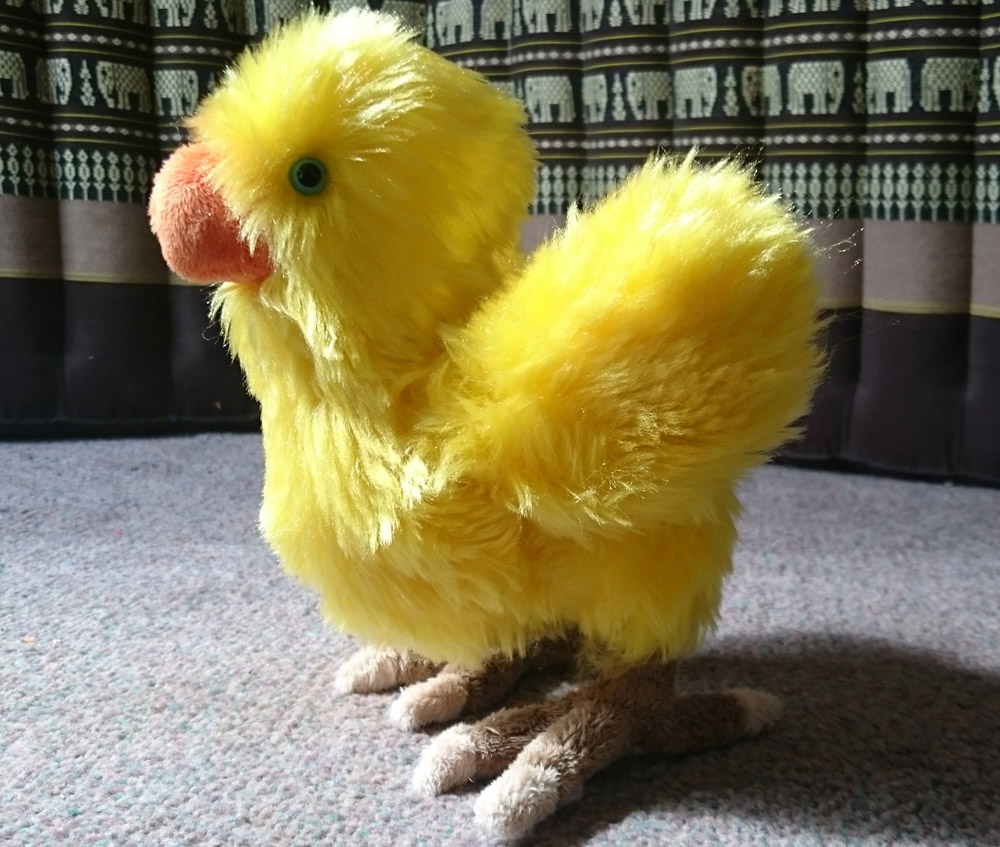 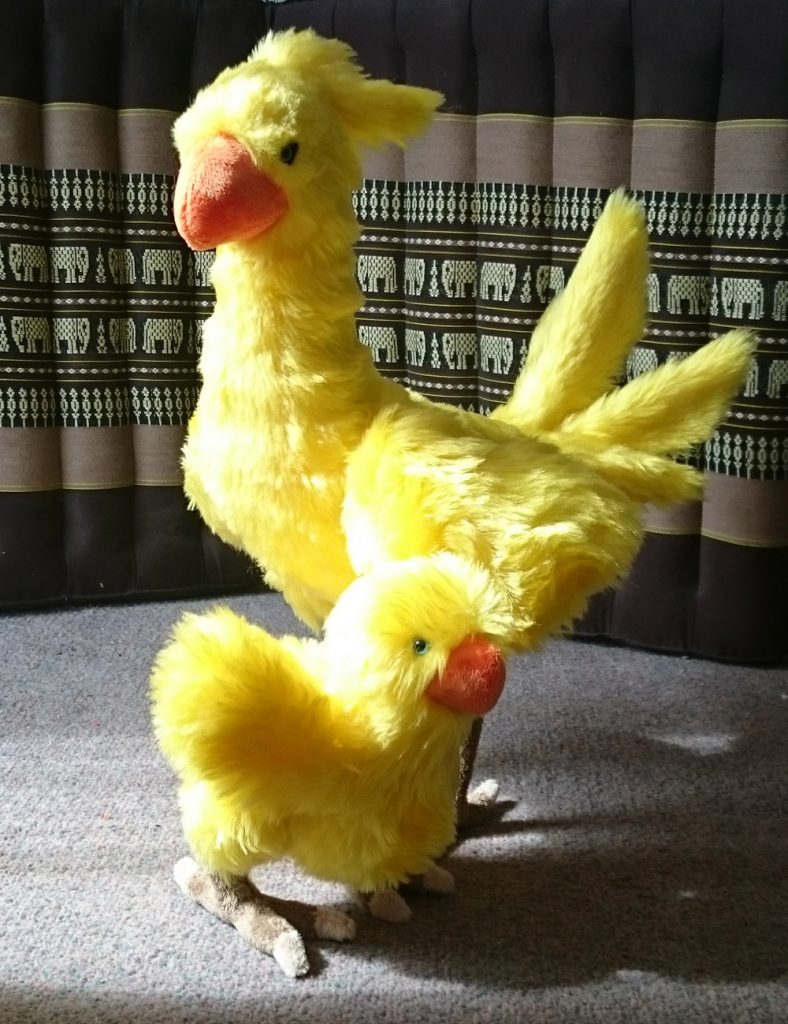 EDIT: And now, for even more fun, more chicobos! Looks like someone has had a successful time breeding blue and green chocobos for racing. 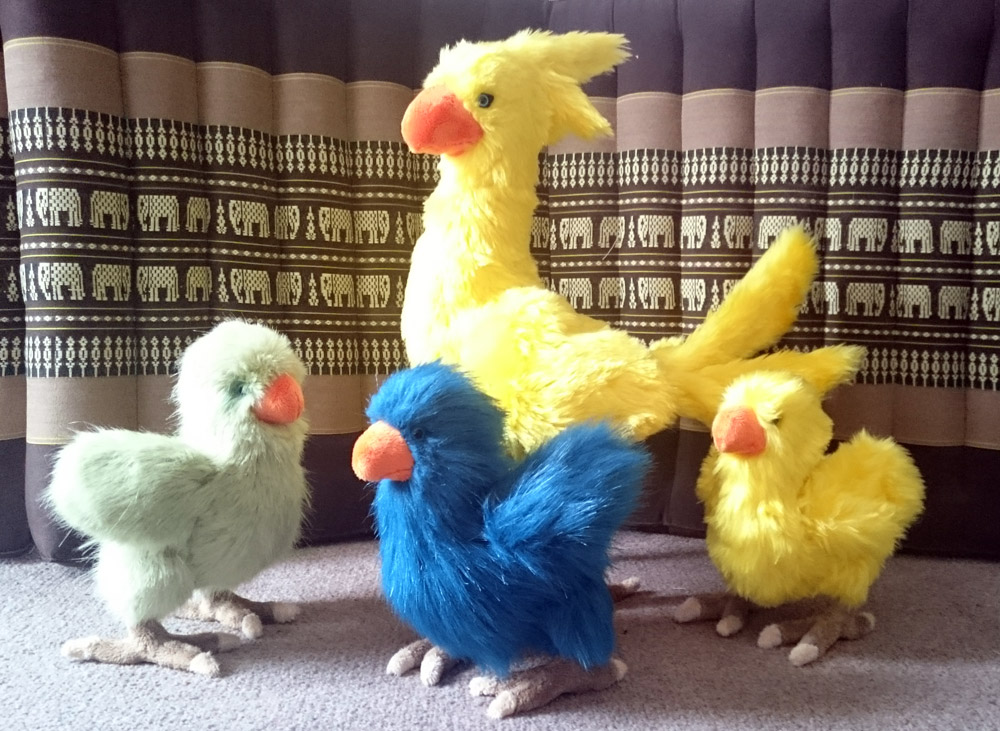