Perhaps not as “out-there” as some of the unusual video game plush ideas I’ve posted about before, but some plushies that I really want to make based on a selection of Square-Enix games I’ve played. My plushies of Valefor and Carbuncle have really gone down well – so if there are any of the below you really want to see made (or even buy) then please pop a comment on this blog post as I’d love to know.

There are a number of recurring monsters in Final Fantasy. There are the ‘mascot’ type ones – chocobos, moogles, etc – then there are the well known iconic enemies – bombs, behemoths and malboros – and then you get to the recurring enemies that just don’t get the love they deserve. Coeurls (also known as Toramas in some games) are cat-like – resembling a tiger or leopard – and cast high-level spells and use moves with doom or insta-death effects. 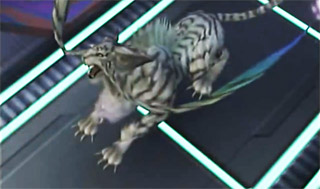 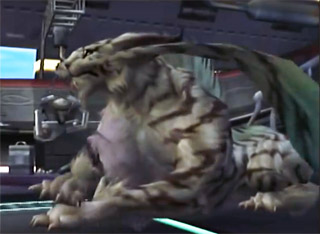 The subject for a coeurl plushie would be from Final Fantasy X. The colours are beautiful (white and black body with blues and greens in the whiskers. The stripes would be a pain but would need to be hand-sewn in unless there’s some nice tiger-stripe faux fur out there. Certainly need some sort of armature in the head and whiskers.

Could there be anything more cuddly than a spiritlord plushie? The Last Remnant was an underrated SquareEnix game that I personally loved. The graphics were wonderful and there was plenty to do. It had it’s flaws, a major one being if you miss one tiny side-quest it ruins any post-game play and you have to play through the whole game again – but it’s still one of my favourites and one I’ll replay again.

Back to Spiritlords – they’re huge and deadly and I’d love to ride around on one if I got the chance. They feature massive wings, a rat-like tail, ram horns and a beak. Most could be achieved with clay, faux fur and minky. Spiritlord have a lot of palette swaps (in the game there’s one base model for the Spiritlord family and then a number of enemies and bosses based of that model). Basic Spiritlords are orange and yellow, Blackwings are red and black and Glasya Labolas’ are various shades of blue. Ideally I’d be making a Glasya Labolas as it’s my favourite pallet. If I had the colours in faux fur I’d make all three but this stuff is expensive!

(EDIT: This one actually got made into a plush! Take a look!)

Carbuncle doesn’t really appear in FFXIII except as a doll and as the le’Cie that provides food for the world. Other options were the Carbuncle from FFXIV but there’s already an official plush of this carbuncle so there’s not much point. Plushies of the Final Fantasy XV carbuncle are already made and very well recieved. This concept art came from Final Fantasy XIII and shows a more detailed version of the doll that appears in the three FFXIII games. If I have the time I’d love to make a little one of this as some sort of desk guardian. 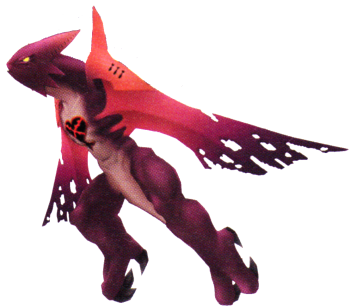 My favourite heartless from Kingdom Hearts. KH was released in 2002, can you believe it, and this one stuck in my mind as a particularly cute monster design (even if it is trying to kill you). It appears in Hallow Bastion as one of the stronger heartless enemies and even 13 years later I remember it. I didn’t have the skill or the time then to make one (one could argue that I still don’t have the time now) but if I get some spare time I’d love to make one of these guys out of minky. The heartless logo would be tricky – I can’t embroider for shit – so it’s self-adhesive felt or suck it up and learn to embroider. 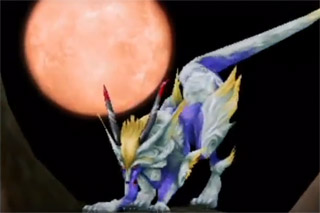 The cuddly eidolon from FFIX. This Final Fantasy is the favourite for a lot of people. It’s up there for me with the best but the slog through Disk 1 puts me off replaying it again. Fenrir is a cutsie eidolon though as relatively easy to make (pretty simple design – only two colours). Should probably be completed in faux fur but the darn stuff is so expensive it would probably be made in minky.